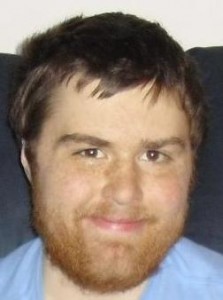 Paul Corby, 23, has been denied placement on the heart transplant list.

It’s summer time and most people are disengaged from the day to day.  That’s a good thing.  Rest is a vastly underrated key to a healthy quality of life.

But unfortunately, there is rarely any rest for parents who have children with special needs.  No matter how much love these parents have or how much help these parents get, the one thing they rarely get is rest.

Contrary to popular belief, this lack of rest is not however only due to the medical and social challenges of disability.  It is often due to something far more preventable:  the barriers we create that limit their children’s chance at a full and happy life.  One parent put it to me clearly: “My child’s disability isn’t my biggest problem. It’s the way in which people treat my child that keeps me up at night.”

If this seems hard to believe, consider the news Special Olympics has been receiving for years about health care discrimination. We see many facets to this story as part of the Healthy Athletes program, but one of the most disturbing is the denial of life-saving transplant surgeries for people with intellectual disabilities. We have followed the case of  Amelia Rivera whose parents were informed that their 3 year old would be denied a liver transplant because she is “mentally retarded.” Fortunately Amelia’s story recently took a turn toward the positive.  Yet, for every Amelia there are many more like Misty Cargill whose transplant need went unmet and resulted in her untimely death just a few weeks ago. Most recently, it was 23-year-old Paul Corby in desperate need of a heart transplant, who was denied the procedure, as reported in the Philadelphia Inquirer and other media outlets.

How many more people must face this type of discrimination in trying to get the care they so desperately need before action is taken?

There are 200 million people in the world with intellectual disabilities who are regularly denied access to health care.  Some of these don’t get bed nets because they’re hidden from public sight in Malaria infected countries.  Some don’t get vaccinations because public health resources rarely reach the special schools or the hidden recesses of family shame to which they’re relegated.  Some don’t get regular checkups because they live in facilities in the United States where workers are paid so poorly and trained so poorly that oversights are more common than care.  And some don’t see a dentist for years and years because our own Medicaid system has far too many gaps to provide for anything resembling oral health.

And some lose their lives because of the long and persistent and hidden assumption that a person with a developmental or intellectual disability just isn’t worth it.

Thank goodness that there are thousands of health care workers and donors who are helping to overturn this outrageous injustice.  All over the world, these volunteers form an army working to create health clinics in the field where our athletes are sure not to be missed.  But they’re also creating a community of justice that insists on care year round.

It’s these dedicated and passionate individuals who are helping to effect change in stories like Amelia, and while we hope hope others learn from these examples, we will to continue to fight these injustices.