Here’s a snapshot of what the APAC Youth Leaders and Special Olympics
Athletes took away from the Global Youth Activation Summit: 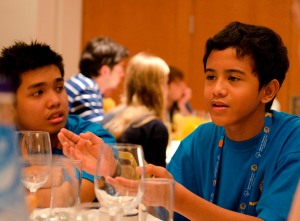 Robin Andrew Conanan, 16
Athlete, SO Philippines
“People in the Philippines should know more about Special Olympics by reading newspapers and watching television.”

Luigi Moreno, 13
Youth Leader, SO Philippines
On how Special Olympics has changed him: “I started volunteering five years ago at a physical therapy centre affiliated with Special Olympics Philippines. I think it helped me realize everyone has their own differences, and put others first.”

Siddhant Nath, 16
Athlete, India
“I want people with ID to not feel any different from others. They should be accepted.”

Varun Datta, 17
Youth Leader, India
On the Youth Rally: “the songs were in Greek, but I just guessed the lyrics and sang along
to every single song, it was so fun!” 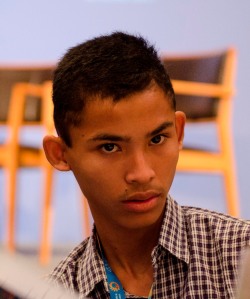 Yofan Aditia, 16
Athlete, SO Indonesia
Yofan wants to give ID a voice and let its people be recognized: “Normal people should not pre-judge people with disabilities. Everyone is the same.” 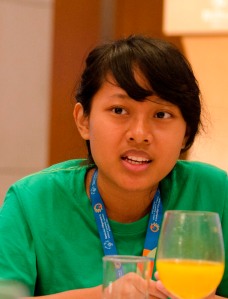 Nadira Puteri Kusaeni, 16
Youth Leader, SO Indonesia
“Just 6 months ago I was introduced to Special Olympics through the coaches from my teacher’s university, and I help them communicate with the athletes. I love every moment of it so far.”

Hasnat Hashwani, 16
Youth Leader, SO Pakistan
“This is my 4th year volunteering with Special Olympics. This opportunity
has helped me learnt so much and made such a difference in my life.”

On her post Summit plans: “I’m taking these new ideas back to apply them in a
developing country. I want to try improving the lives of people with ID, and the
way they are treated in Pakistan.”

One thought on “APAC Youth’s thoughts on GYAS”